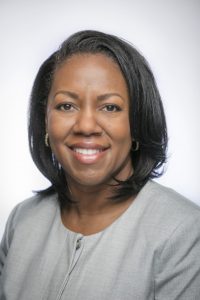 Previously, Williams was president of Vance-Granville Community College (VGCC) and in 2018 was named President of the Year by the North Carolina State Board of Community Colleges. Williams has served in administration and on faculty at other institutions with a current adjunct assistant professor appointment in the College of Education at NC State University. In addition, Williams has engaged in state and national initiatives including appointments to the Governor’s Commission on a Sound, Basic Education, the American Association of Community Colleges’ Commission on Structured Pathways, and the myFutureNC Commission focused on educational attainment and has consulted for organizations including The Aspen Institute College Excellence Program, the Thomas Lakin Institute, and the American Council on Education. Williams also is a corporate director for the State Employees’ Credit Union, the second largest credit union in the country, and for NC IDEA, a private foundation focused on advancing entrepreneurship in NC. Among other civic commitments, she is a board member for Durham Children’s Initiative, Durham Public Schools Foundation, GoTriangle, the Greater Durham Chamber of Commerce, Made in Durham, and United Way of the Greater Triangle.

Williams is a Duke alumna with a baccalaureate degree in public policy and Spanish, and she received a master’s degree in project management from Western Carolina University. Williams also holds a doctorate in education from North Carolina State University, where she was recognized with the I.E. Ready Distinguished Leadership Award in 2014 and honored among Distinguished Alumni in 2019.