The PepsiCo Ed Tech team has been learning augmented reality to use in multiple settings.

The first will be to bring a book on Young Activists to life by embedding targets in illustrations we helped middle school students create.

Our next AR adventure is creating an AR scavenger hunt in conjunction with students at Rogers-Herr Year Round Middle School. Some of the book covers in their Media Center will become AR targets.

A similar AR scavenger hunt is planned for Duke Libraries to help engage the many visiting students on the campus.

A multiyear community project led by Brenda Miller Holmes resulted in the impressive wall mural next to the Durham Arts Council. We built on that by adding an AR component to identify many of the people in the mural and supplement that with videos and other background material. Here is a simulation page for the AR program but it is best experienced in person.

In collaboration with students at Rogers-Herr, we added an AR feature to the books they selected and wrote up. The AR was compiled in MyWebAR and linked together in a Padlet page.

In Led by the Duke Ed Tech Fellows, the Nasher Museum project is an in-progress work using Unity to create Augmented Reality models for works of art at the Nasher. The project is focused on creating a model for St. John the Baptist II, a painting by Kehinde Wiley. The model will be able to zoom in on details about the painting and allow viewers to change elements of the painting, such as the background and subject.

The Chromebooks distributed by the Durham Public Schools to all students were very useful in helping everyone navigate remote learning during the pandemic. But over time, the students tended to forget some of the basic rules for care and feeding of the computers. Rogers-Herr instructor Dorothy “Addie” Carr led a two-week challenge project with 16 8th graders to create a video to remind students about safe uses of the technology. David joined the class for those two weeks to provide technical assistance with the green screen and animation aspects. The resulting humorous video has been shown in all the classrooms.

Kids love to read books over and over and sometimes a parent or sibling isn’t available.  The videos in this series, recorded by Durham Public School teachers and other local educators, aims to help kids absorb books as much as they want, even if they can’t read by themselves. These videos can be also used for ESL students who want extra time and practice with the English language. Click here for more info.

Over the summer of 2016, we teamed up with a group of students attending between grades 5 and 12 and created the Hidden Durham tour. It is the first tour to feature on Duke Explore, a mobile app with Global Information System. It can guide you on a walking tour or you can flip through the stops from the comfort of your home.

In 2016, we received a $52,647 grant from the State Farm Youth Advisory Board to transform an abandoned prison into a sustainable farm and education center through the magic of virtual reality. We worked with eight high school students in the Advanced Game Design class at the Durham School of the Arts, veteran teacher, Robert Bourgeois, and youth participants from the nonprofit, GrowingChange. Our goal was to help others visualize this prison’s untapped potential. The final product includes a mobile VR lab that is currently traveling around to state as a tool to convince legislators to fund the creation of this project in real life.

Click here to read an article about this project!

It’s also free! Click here to find out how to get it! 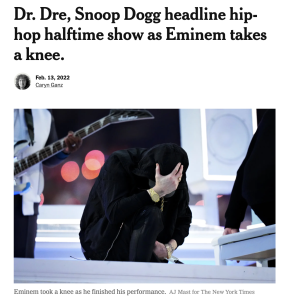 David, now I am ready to add some of the previous ones!! Thanks Jeannine.