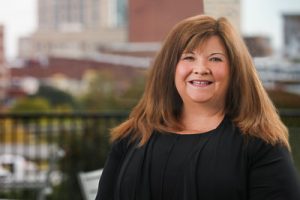 Darla Wohlfarth began working at the Office of Community Health in 2010. She manages the DUHS Summer Internship Program which is a collaboration between Duke University Health System, Made In Durham and Durham YouthWorks.  She manages the administration of the Charitable and Goodwill grants, and the web site design and content for the Office of Community Health, DUHS.  She attends numerous events and meetings throughout the community representing the OCH.

Ms. Wohlfarth received her B.A. in Journalism from Duquesne University in Pittsburgh, Pennsylvania with a concentrated study in Public Relations and Advertising and completed a second major in Sociology.